A YEAR FOR A KISS

The age of dating start

In Japan, Mexico and Iran young women start their relationship in the age of 14-16. It might be shocking but in Malawi and in Russia people usually start dating as early as 12 now although it depends on the socio- economic group they belong to. What is more, girls can be in relationship since they are 10 years old. "...even 15 year-old girl cannot totally understand the laws of relationship", - considers Darina.

In most of the countries choice is independent "...although parent’s approval is usually sought after the relationship begins", - adds Kumi. It is not common for parents to reject the choice, although they may protest if they feel that the girl is too young. In Mexico parents from upper-class might interfere. They may set certain boundaries until a boy proposes marriage.

This question is not as simple as it could be. In Japan and Iran, for example, young people just save a secret about their partner. Ida thinks, "Iran is greatly influenced by Western culture and values but it is still to a great extent a traditional country with conservative values".

Place to meet each other

People usually get acquainted at school or at university, work places or clubs. There are some cases of acquaintances on the Internet and at speed dating. It is interesting that in Malawi people can get acquainted in a church or at weddings. "Of course, wherever you find your partner, the important thing is to spend time together, - Kumi says, - it is hard to find privacy. It is only people in university that can find privacy in the dorms, but that is a very small population. If a couple wants privacy they will usually rent a room for a couple of hours".

For a first date young people choose different places. In each country, it depends on money. For girls the atmosphere and their feelings are more important than going to an expensive restaurant. It can be just a good cozy place with good food. Like Ida says, "...a cool atmosphere away from the prying gaze of people and watchmen eases the conversation flow". It is very important that in each country except Japan girls thinks that boys should pay. Kyoka suggests that it is more convenient to split a bill. 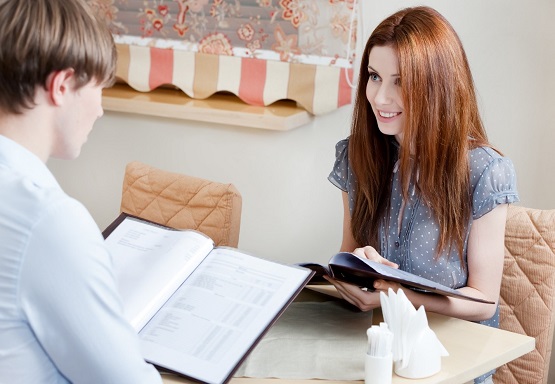 Speaking about alcohol at first date, girls can allow themselves to drink a glass of wine or beer. However, in Malawi this is only for "cheap" girls and in Iran alcohol is not allowed in public places.

In Malawi, sex is not possible on a first date. In Iran touching, holding hands and kissing are forbidden as well. In Mexico, girls should not wear provocative outfit because they might send a negative message. In Japan one may wait for months or a year to get a first kiss and in Malawi the social convention requires at least 4 meetings before kissing.